Nothing in cyberspace is sacred 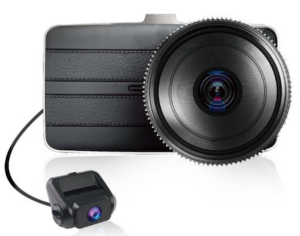 A mouthful, right? There’s more: It also has a back-windshield video camera. That fact was implied rather than explicitly stated in the “name” of the camera above.

This unpaid, unsolicited, and even objective, review is in two parts because there is a philosophical side to this and a data-driven, descriptive side. This part is philosophical.

Lets begin, then, with Part 1, where we compare the kdLinks X1 and DX2 cameras. Let me just say up front that this part of the review is the part you don’t see on reviewer’s web sites, many of which are clones, and which get click-through revenues from a link to where you can buy this camera.

I am surprised that the kdLinks DX2 camera, released on July 26, 2016, has only 1 page on the kdLinks web site, and that is on the product page for this camera. Aside from that page, there are no other links on the site to software updates, users manual or other information for the DX2. The bulk of the content is about the X1, a camera first released in 2014. And no wonder. There are more X1 users. By far. 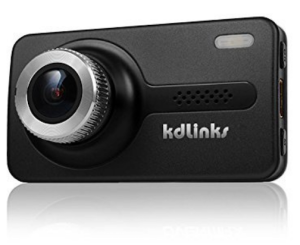 As I write this, the X1 has cornered the kdLinks market on Amazon, with 2,699 reviews and an overall rating of 4.4 stars out of 5, while the X2 has less than 50 reviews with a 4.5-star rating. What? If I were in sales, I would wonder why the 2016-version DX2 is doing so poorly against the 2014-version X1. Why are people are still buying the X1 in 2016? My product research department would probably know. My guess is that data would show that kdLinks hasn’t given customers good reasons to upgrade to the DX2.

Product Descriptions: The item descriptions of both cameras on Amazon are virtually identical, but with some (but not all) newer info pasted into the DX2 product description. Compare the two descriptions for yourself. They say virtually the same thing, and there are too few specs to draw any definitive conclusion as to why the two are different. On a more basic “consumer” level and as a prospective customer, the difference between the cameras for consumers could boil down to, “Do you want a GPS, or do you want a back-glass camera instead?” And, do you want your camera’s shiny metallic ring-around-the-lens (X1) to be readily seen by thieves when the sun glints off it — or not (DX2), because the “shiny” is now black? Finally, but not lastly, the DX2 has a polarizing filter; the X1 does not. As a former professional videographer and photographer, I have used a polarizing filter with industry still and video cameras, and found that it reduces lens flare (some call it glare); and many colors, especially blue, are greatly enhanced, especially in full sun. It may be a small thing for some, but it can also protect your DX2 lens from being scratched. Good luck with the X1.

Pricing vs. value: Another difference is pricing. It’s about $30 more for the DX2, but consider: A back-glass camera for about $30 is, I believe, a good deal. Some may argue that comparing the “apple” of the X1’s GPS function (and only one camera on the front windshield) to the “orange” of the DX2’s back windshield camera (and no GPS) is a comparison that won’t balance. So, do you want GPS or an extra camera? You can’t have both. Well that is, of course, a personal preference. As for me, if things go to court, I don’t mind giving out my GPS position, date and time — but I don’t want the speed I was traveling to be used against me by the other party’s lawyer because, first, lawyers like to cite their versions of statistics when formulating their “courtroom theories.” Secondly, autos today have black boxes that record that stuff, and also how hard you hit your brakes, etc., so the speed part of the GPS is so yesterday, even for the X1. Some consumers have even reported that their GPS either didn’t work on the X1, or didn’t work well. But make your own decision about these things. Likely, you are different in your preferences. In a perfect world (which doesn’t exist anyway), dash cam manufacturers could include all the stuff we ask them to include at a reasonable cost, to include a camera in the back glass, a dash cam on the front glass windshield and a GPS.  But it would likely be too expensive to buy. So, you buy the camera you can afford from the dash cam’s limited a la carte menu and go on. Sigh.

YouTube reviews: YouTube reviews for the X1 outnumber those for the X2 by a vast number. In one so-called review, one guy said he didn’t buy it for the dash cam function. He said, many times throughout the video, he is using it for creating videos for YouTube, and doesn’t even want a dash cam. Exactly how does that “review” help potential kdLinks customers searching for an objective review of the dash cam? It doesn’t. This YouTube video is one of the worst reviews of any dash cam I have ever seen anywhere. I would be embarrassed if I were kdLinks. Speaking of YouTube, search the Tube for kdLinks X1, and then search for kdLinks DX2 to see how many YouTube videos you’ll find for either camera. The difference is striking.

Memory: As for memory, the recommended SD card size for the X1 is 32GB and under, although there is this caveat from the seller: “For 64/128GB, since Windows OS can’t format such a big card (>32GB) to FAT32 file system, you may use 3rd party tools to format such big cards. You can contact us at care@kdlinks.com for more details.” The X2 has the same advice. However, you can format the larger SD cards on a Mac using the Disk Utility program, a fact about which you don’t care unless you own a Mac. As a point of information, even the kdLinks DX2 product web page doesn’t mention the maximum size of the memory cards the camera will accept, but you can email kdlinks and ask and they will provide a list of third-party tools to format those cards. Users must ask a question via email to find out, because there is no Q&A on the kdLinks site.

Specs and Sales: Seriously, is someone really trying to sell the DX2 or not? Not only that, what is wrong with ALL the product specs being posted on retail sites like Amazon and kdLinks itself? Talk about a product like DX2 not getting any respect! Why aren’t there more reviews, customers and videos? Reviews for either the X1 or DX2 are just cloned text from the Amazon product description (which is a clone of the product description on kdLinks.com). These “review sites” don’t really test the camera, they just parrot text from Amazon or kdLinks, and then end their “review” with a link for which, no doubt, the reviewer’s site receives a stipend from retailer and/or manufacturer. Maybe that’s the way to make money on the Net these days, but, in my opinion, these types of reviews are dishonest; they’re parrots. Furthermore, many of these reviewer sites don’t even have a search function, either.

X1 vs. DX2: Aside from all of this, why isn’t kdLinks giving the DX2 any love on its own web site? Why must customers have to hunt for meaningful specs elsewhere? The bulk of the kdLinks.com website is about the X1; the DX2 lives in an information desert there. There are no user comments on the DX2 portion of the site, either. For now, it seems that DX2 users have to cull through the X1 portions of the kdLinks web site, likely assuming that “what is” X1 “is also” DX2. And, finally, why isn’t the X1 compared to the DX2 on the kdLinks website itself? Shouldn’t X1 users be allowed to know how, specifically, the DX2 differs from the X1 before they commit to a sale? It could save them 30 bucks. A simple HTML table comparing the two cameras doesn’t take long to make. For the record, even software companies list the version history when their new software is released, so that all can know what has changed. I may be simple, but knowing what I’m getting from the DX2 over the X1 is important to me, and I’ll bet I’m not alone in that. Maybe more people are buying, and keeping, their X1 because they at least know what they have. Kind of.

I wish I had a X1 t0 test alongside the DX2, but, alas, I don’t make that kind of money. Of course, kdLinks could send me a X1 to test, but that boat isn’t likely to sail. So, I did the next best thing. I canceled my X1 order on Amazon and went for the DX2, hoping it might be at least a tad better than the X1. Did I buy the right camera, or not? I honestly don’t know. Nor will anyone else know until they test it out in person.

This site uses Akismet to reduce spam. Learn how your comment data is processed.